I spent a few days last week on my back.....Get your minds out of the gutter you lot.......My recurring back problems sometimes force me to stop and rest and then I am fine again. During this time I watched rather a lot of TV, not only did I watch a lot of programmes it struck me that there are also a ton of adverts. Not just one or two but hundreds of them, just as you get into a good programme.....BAM!....Adverts, adverts and more adverts. I will admit that there are some great ones that make me smile and even some that make me want to cry but along with those there are some truly terrible, cringeworthy and plain stupid ones that don't even remotely make me want to buy the product. With that in mind I have listed my top 5 most stupid adverts...I will try not to embarrass the companies by naming their products....

1. Picture the scene...An attractive woman gets out of a lift with a rather sexy looking male. As she leaves the lift he drops a load of papers (convenient...I thought). As she waits paintently for him to pick up before mentioned papers (most of us would of walked off or at the very least offered to help him) she gets her very, flimsy, purple split up to the waist dress caught in the lift door and......up it goes revealing....matching purple knickers (no M&S big jobs here). As she struggles to get her dress from the lift door he looks down at her bag and smiles as he spy's her incontinence light pads....AS IF........No man with any sense would grin at that sight.....They would instead be running for the hills. As someone who is at that stage where these little beauties may be necessary soon I for one will not be putting them at the top of my bag for all to see and I definately will not be wearing a dress near a lift door again. 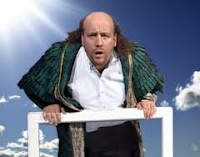 2. Would you buy windows from a man dressed as......Well....I don't really know what shouting "I SAY, YOU BUY ONE YOU GET ONE FREE"...Well, would you....NO is the answer you are looking for. Why on earth would that make you want to pick up the phone and ask them to come and fit some windows. What if he is the window fitter....What if he spends the whole day shouting......."I SAY, A CUPPA WOULD'NT GO A MISS AND WHILE YOUR THERE KNOCK US UP A BACON BUTTIE".

3. The hair colour commercials where they only use gorgeous celebrities with beautiful hair to sell their products. I have tried those colour in a box things and trust me I did not look anything like Cheryl Cole. The thing that makes me laugh the most is that written in very tiny writing at the bottom are the words.....Some natural hair extensions have been used in this commercial. Lets face it ladies, if we had her money and time we would all bloody look like that wouldn't we. 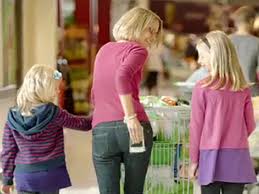 4. Popular supermarket advert where a women slaps her own bum because she has saved 10p on her weekly shopping, never mind the fact it has cost her a tenner in petrol to get there and had a fight with another trolley as well as arguing with a shop assistant when they telepathically seemed to know that they didnt have any more jars of Marshmallow Fluff out the back. I hate the way all the supermarkets try to out do each other by having little digs at the other ones on adverts. Grow up the lot of you.....We will go to our favourite one what ever you all say. (I must just say that this particular supermarket did have the best Christmas advert.)

5. Finally, my last stupid advert begins with this line...."Muuuuummmm I want to do a poo", "come on then" replies the mummy......"I want to do a poo in Paul's bathroom" says the whiny annoying child...."Don't be silly" says mum....."I'M GOING TO DO A POO AT PAUL'S" he replies...It is at this stage he begins to walk out of the door with his little ruck sack firmly strapped on his back. This little public display of arrogance is all because Paul's bathroom smells better than the annoying child's bathroom. Who is Paul and where does he live.....Is he a child or a 42 year old man ???? The first thing that struck me was that no boy from the age of 7-18 would give a monkeys bottom if the loo smelt and would of probably of made it smell like that in the first place. This conversation should of gone something like this....
"Muuuuuuummm I want to do a poo"
"Go on then, I'm not stopping you"
"I'm going to do a poo at Paul's"
"Fine...Thank his mum for letting you stink out her bathroom wont you, I'll get the car going". End of conversation.

So there we go, my 5 top annoying adverts.I could go on and on (a bit like some of the ads) but I wont. Let me know your most favourite advert you love to hate.