Do you ever have those moments when you suddenly realise that your life needs more fun.........Not just a bit of fun but a whole lot of belly laughing, snorting, maybe even dribbling whilst laughing FUN.

2nd June - Sold the house we have lived in for 15 years to move to something with more space, the whole showing people around thing was probably the most mind numbingly boring thing ever...........See this post.....Missing In Action.

12th June - Found the house of our dreams by pure chance thanks to my Mum playing bowls one day with an elderly gentleman who mentioned that his house sale had fallen through that morning........Within 2 hours I had been round, had 2 cups of tea, mentally pictured where the furniture was going, had 2 more cups of tea, adopted elderly couple as surrogate Grandparents, phoned Mr DG who promptly arrived and.............Drum roll please...........Bought a house. 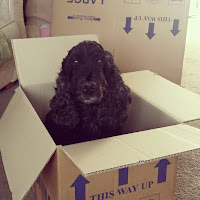 15th July - Moving day was...........Well...........It was not what I would call enjoyable mainly due to the night before having to have an emergency Root Canal done and then having the worst upset tummy all the next day which when you have 1 toilet and 6 men in your house moving boxes was not fun. I filled myself up with Imodium which then resulted in not pooing for 4 days.

2nd August - We had hardly had time to unpack everything before it was time to pack again and head off to Devon for 2 weeks. We reluctantly drove away from our new house in the pouring rain only to arrive in the pouring rain at the other end and then proceeded to have 2 weeks of.......YEP......You guessed it.......POURING RAIN. 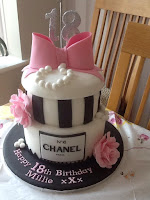 30th August - Female Teen turned 18 which then entailed her sudden need to go to pubs and clubs. To be honest I felt for her as she is the youngest by far in her little group so up until this moment she had been stuck at home whilst everyone else went out. The only problem with this going out malarkey was that we had to stay up until 3am...........To say we were knackered was an understatement. Having a bloody baby was easier. A'Level results were in too.........Holy Crap.......She's going to Uni.

September - The dreaded month had arrived and it was time to drag myself out of the pit of denial I had been in and face facts that Female Teen was going to Uni.................After much packing and lots of saying goodbye to everyone the day had arrived. I am not going to dwell too much on the whole dropping her off experience because even now it is just too bloody emotional to write about...........What I will say is that she settled in within minutes, her little room was gorgeous, her new friends were delightful and I managed not to cry until we had left the campus only to sob so much Mr DG had to pull the car over to calm me down. I cried on and off all weekend but every time I spoke to her I was reassured that little bit more.

October - October passed in a blur with me mainly try to readjust to a new normal of just having 1 child at home. 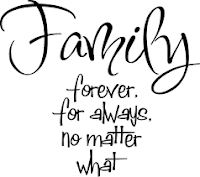 November - A whirlwind visit to Bath to see the Female Teen which was fantastic. Finally felt like we were a complete family again even if it was for just 4 hours. She is still having a blast and loving the experience. Male Teen has now decided he wants to go there too...................I'm back in my pit of denial again.

So, there we go......................I can hardly believe where the time has gone and the Female Teen has almost done her first term. I am still feeling rather redundant and not quite sure what to do next, we still lay wide awake when we know she is out and I have become quite proficient and Face Book stalking............Just so I can get some sleep.

I was thinking that this might be my last blog post as I just haven't felt like writing at all lately but after getting it all down I am now thinking that might be a mistake. It really is like a kind of therapy isn't it.................Except its a lot cheaper.