The Battle Of My Bulge. 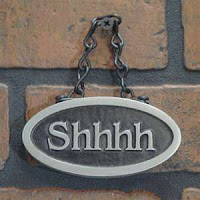 Tomorrow begins with many things,peace reigns again, the kids go back to school, my house will stay tidy for 6 solid hours,I can have an adult conversation without anyone asking where their phone is or can I have a tenner, I can have a rest from nagging and my weight loss programme begins (AGAIN). 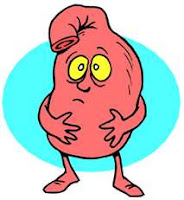 As I approach the ripe old age of 41 it has become apparent to me that shifting weight is so much harder than ever. People keep telling me its my metabolism , my age and the run up to the Menopause but I'm not convinced. I think its something far more simpler ..........I think its something closer to home.........I think.its my stomach, plain and simple. I blame it entirely for always being hungry for always telling my brain that another slice of cake will be OK. I don't lay any blame on my brain as I have very good self control when dealing with other things in life, like keeping my mouth shut in situations where some people would loose it entirely. I have great control when I have to say "no" to things I don't want to do and am brilliant at saying "yes" to that last Gin & Tonic, but when it comes to food I have no self discipline or control.

My Husband once gave me a very valuable piece of advice that I have never forgotten. One Sunday whilst sitting at the dining table with all the family the subject of being overweight came up and how hard it is to loose it. The Husband looked at me from across the other side of the table and said without batting an eyelid "You know why your fat don't you ?????" , as the rest of the women at the table held their breath ready for me to leap up and throttle him with his napkin he carried on "Its because I give you such a big portion at dinner time".


You could of heard a pin drop as he carried on eating his plate of piled high roast beef and Yorkshire puddings "WHAT!!!" he said as we all sat motionless. Then all heads turned to look at me as I placed my knife and fork down to reply...."Darling" I began" I hate to say this but you haven't given me a big portion since the day we met never mind dinner time". The snigger's began and my mother lost it completely and snorted wine out of her nose, the Husband even managed a giggle and then continued to dig himself out of the biggest hole ever. He made amends by telling me he loved me whatever size I was. (I pretended to forgive him as his Mother was there but oh boy did he get it later.

Anyway my point being that maybe he had hit the nail on the head, maybe my plate was the equivalent to his. I am 5ft 6in and he is 6ft 5in and looks a bit like our shed minus the hanging basket so why was I having the same size dinner to him. From that day on I tried to halve what he had and that seemed to work until I then found myself hoovering up the kids leftovers thus defeating the object.

I am not embarrassed to say that I am a size 16-18 but would love love love to be a size 12-14, I want that feeling of being able to go into a shop and just pick up something from the front of the rack instead of the back. I want to look good in a smock top instead of looking slightly pregnant. I don't want to be skinny (that's a total lie, I would love to be skinny) I would be happy just feeling slimmer. I totally admire the women out there who are completely happy with their weight whether large or small. I wish I could be the same but ...........I'm going to Lady Gaga in August with The Teenager and I want to wear that meat dress. No no just kidding, I just want to feel less bloated and have more energy.

So for a while I will be using my much loved and cherished blog as a weapon of mass destruction against my fat.
I have trawled the magazines and picked out a few celebrity diets, so as from tomorrow I will be testing them and then blogging about the results or the downfalls. The first one is the Grapefruit Diet and that involves drinking a glass of grapefruit juice before every meal, the result is supposed to be that you are less hungry and this then results in weight loss (YEAH RIGHT).

So here we go, I am going to do this and you will all be coming along for the ride with me, this in itself gives me so much encouragement . Knowing that my friends and lovely new Blogging friends are here will hopefully make me stop and think before shoving that cake/biscuit in my gob. 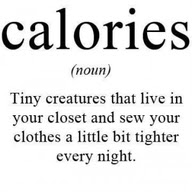 I just have one final thing to say to someone who is in for a bit of a shock "Dear Stomach, you are no longer in control of me, I am in charge from now on and you will have to get used to being smaller and not as full."

As if by some protest my stomach has just growled and rumbled at me. Ha Ha!  I say, Bring It On Big Guy!!!

Lots of Love
Me xxxxxx