One snowy night the Famous 5 (Aka me and my 4 gorgeous Dinner Club friends) ventured off out into the world of Narnia. It was the turn of Member number 6 to cook a delicious meal of honey roast ham, mashed potatoes and lashings of Ginger Beer....... 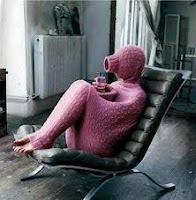 The snow had been heavy all day and night and all the next day so a winter wonderland awaited us. As I put on the biggest coat I owned, hat, gloves, scarf, thermal knickers and snow boots I waited patiently for the others to arrive so we could walk the 5 minute journey to our destination. Suddenly from out of the darkness a vision appeared.......Could it be a Yetty I thought as I squinted my eyes to see who it was. My question was answered as a familiar voice shouted "HELLO YOU.....YOU READY". My friend had gone one step better than me with not only a rucksack but a torch too and waterproof trousers. One by one we greeted each other and admired the many layers, hats and thermals we were all wearing. Was there no lengths we would go to to get our hands on Roast Ham and Profiteroles....In answer.....NO, there wasn't.

There was one of the club who decided that there was no way she was partaking in this thermal layering malarkey and appeared through the door like something from Stars In Their Eyes wearing nothing more than a very trendy leather bomber jacket, skinny jeans and boots. We all went into Mummy mode offering to lend her various bits of our outfits but she insisted she was OK.

The evening was fabulous and we all had far too much to eat and drink. As the clock struck 2am (Oh yes, we are Rock and Roll Mummys) the winter clothes were applied once again as we prepared to depart for the walk home. Something told me it wasn't going to be a normal walk.........And I was right.

As soon as we stepped out of the door the scantily dressed one decided it would be funny to start a snowball fight. (I think she forgot who had the least protective layers on.)

We then came up with the rather amazing plan to do snow angels and that was exactly what we did. A little piece of flat land came into view and we all went for it. Perfect angles for all the world to see. It was at this moment I realised I needed a wee really badly but said nothing in fear of someone making me laugh on purpose.

We carried on our journey like 5 nutters on an expedition in the North Pole chatting and giggling away. Once back at mine I noticed a strange look in the others eyes as they saw my perfect garden that had no footprints on. A shout came out "YAY.....MORE SNOW ANGELS".......This is where it all went horribly wrong for me.........I must point out that when they read this it will be the first time they know anything about it.............One by one the more agile dropped onto their backs and performed a perfect snow angel......"Come on you, get down" they said to me "It is your garden and think how funny the kids will find it in the morning"........I crouched down ready to gracefully lie down in the snow when suddenly I was shoved.................I lay there laughing to myself..........Not because I had been shoved but because I was happily weeing.....Oh yes.....It was coming out and there was nothing I could do to stop it. They of course didn't notice a thing and skipped off quite happily to their own homes wearing dry knickers.

I waddled indoors, threw my clothes into the washing machine and headed upstairs. The Husband looked at me rather strangely as I appeared wearing just the top half of my clothes. "Don't worry love" I said......" Just got my trousers wet when I did a snow angel". 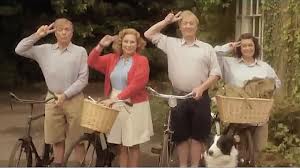 If this had been a real Famous Five Story it might of gone something like this......One evening Dick and Julian escorted Ann and George home after an evening of drinking Vodka Ginger Beer and eating ham. Ann suddenly without warning wet herself totally as George watched on in disbelief. The boys, doing the right thing averted their eyes as Ann looked on in horror as the snow turned yellow. "Don't worry Ann" said Julian "We can just blame it on Timmy"........."Oh Julian" squealed Ann "You really are such a clever thing"............ 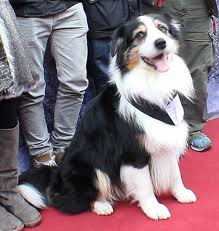 I'm off to buy plenty of Tena Ladies.

This blog is dedicated to the most wonderful group of friends who have made me laugh until my sides hurt....They are known to the outside world as.....The Dinner Club. Love You All xxxxx