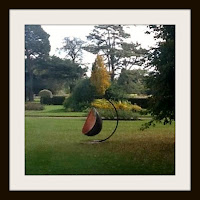 After a less than restful night due to The Husband being so relaxed he snored like a Wilder beast with chronic asthma (even with my earplugs in I could still hear him), I thought about sleeping in the lounge area on the sofa or even in the copper swing outside but then realise that I would then have to get up to hit him instead of just rolling over and doing it.

We headed down for breakfast in our robes, it still feels a little strange all this wandering about in a dressing gown. I keep having these urges to flash someone just to see their faces but decide against it in the name of health and safety. 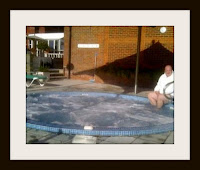 As I write this post we are sitting in a sort of conservatory area which over looks the outdoor jacuzzi, The Husband is contemplating getting in and I have decided I will just dangle my feet in due to the spray tan I had yesterday. He sits on one side and I on the other in our robes"are you getting in then?" I say to him. "Nahhh, think I will just paddle like you" he replies. This all went a bit wrong when an enormous lady gets in and creates a tidal wave that soaks our bottoms and robes. She is oblivious to the sogginess of us and we leave mumbling under our breaths. 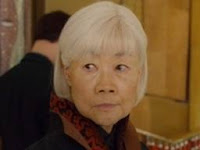 To say I am disappointed it an understatement, I imagined a kind of Ma Larkin/Russian Shot putter type of person but the lady that emerged was far from that. In its place was a tiny Chinese women in her late 60's who looked remarkably like the baddie from Johnny English Reborn. My devious plan had fallen flat on its face and the only thing I was grateful for was that I hadn't told him before hand.


I sat feeling quite deflated (Oh how I wish my tummy would feel deflated) whilst I waited for him to come out, suddenly a figure appeared from behind a door. It was to be a sight that forced me to clasp my hand over my mouth to stop any escaping laughter.
There he was, walking as if he had just done 10 rounds with Mike Tyson. His shoulders were hunched and he had a sort of rabbit in the headlights look about him. His Chinese counterpart went to shake his hand and say goodbye but he almost recoiled at the thought of touching her and just said thanks.

As we walked......Well he kind of hobbled.......He exclaims that although she was small she had the strength of Godzilla and the speed of Maradona. He had wanted a deep tissue massage and boy had he got one. 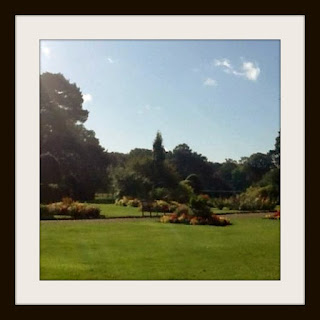 I suggested a gentle walk outside in the grounds to unwind but strangely he declined.

The motto of this tale is.....Be very careful what you wish for...

See you tomorrow for the final part.