Whenever I think its just going to be a normal day it usually turns out to be anything but normal. Today was no exception either.

Went to the torture palace gym and did as planned...Wobbled like a jelly on the running machine,  sweated like a piglet on the static bike (pointless piece of machinery) and then got my shoe lace trapped in the rowing machine and had to be rescued by a lady who then somehow managed to bore me senseless with her complete life story including how many times a year she gets urinary tract infections.......Arghhhhhhh !!!!! Like I want to know that, I tried to look interested and sympathetic but am slightly worried I looked more like I was listening to a rendition of The Complete Encyclopedia Britannica A-D. I have no idea how we got from a trapped shoe lace to Cystitis but we did. Next on the agenda was to meet The Northern Mother. Got in the car and decided to be a bit Billy Big Potatoes and go past the workmen at the end of my road with my windows down. With my hair blowing in the breeze and Lady Gaga blasting out of my stereo I was then laughed at as they pointed out that I had left my handbag on the roof. Had to pull over and retrieve the bag and was then informed that "had I not had my music so loud I might of heard them yelling earlier".......CRINGE!!!!! 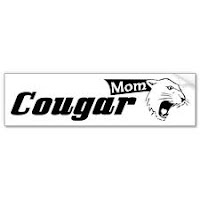 Met the Norther Mother and went to get as many locker keys as legally allowed due to the fact that The Whirlwind has lost his keys and has to replace the school spare one and still have one for himself. Nice bloke in the locksmiths took pity on me and gave me a free one on top of the 5 I had paid for. Northern Mother said he fancied me and was probably after something else.....Oh My God......This guy/boy was young enough to be my own son so I doubt very much that was on his mind......COUGAR MUMMY.

Took The Northern mother for a coffee and a cake. She ordered a fruit scone and exclaimed she hadn't eaten for 7 minutes and was about to faint if she didn't get some food inside of her immediately. On arrival of the warm fruit scone she took a huge bit and before I could say "Hang on they are always really hot" she promptly burnt her mouth thus yelling "BUGGER THAT'S HOT". She then spent the remaining time sipping her coffee and wincing in pain. 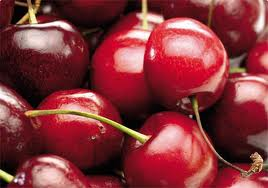 After dropping Mother back home, I decided to take the long route home and smiled as I relived the day in my head. I saw in the distance a stall on the side of the road selling cherries and suddenly had to have some. I pulled into the lay by and purchased a punnet feeling quite pleased with myself at this sudden spontaneity.
Waving goodbye to the smiling lady as I drove off I was struck by how happy she was and what a hard job it must be just sitting there all day. The Cherries were sitting on the seat next to me and rather than wait to wash them like I have been taught I picked one up to eat. I was just about to put it to my lips when I noticed something moving out of the corner of my eye..................A bloody maggot was wiggling out of the top as if to say "Yooo Hooooo....Do You Mind, This Is my Home".........ARRRRRRRRGHHHHHHHHHHHHHH !!!!

How I didn't crash the car is pure luck and I quickly spat the cherry out of the window, on closer inspection I realised that most of the Cherries looked half eaten by a population of crawly things. No wonder she was so bloody happy, I bet she saw me coming and thought "look at her all smiley and fresh from lunch, lets give her this punnet".

If I hadn't been almost home I might of gone back and demanded a refund but I really couldn't be bothered.......The thought did cross my mind to drive back past and launch them at her from my fast moving car but after the day I have had I would of probably missed her and hit the traffic police car that is always parked there. 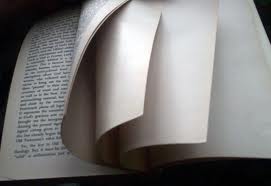 Once at home I settled down with a nice glass of mouthwash lemonade and attempted to finish the book off that The Northern Mother had got me from a charity shop because "They are so cheap in there". She probably buys about 20 books a week from there and somehow manages to read them all. I on the other hand take about a month to read a book so you can imagine my excitement when I realised that I had almost finished this one.....This excitement was short lived as I turned over the last page to reveal.....Nothing.....Nothing at all....Because.....It wasn't there. Some nice person had given a book in with the last page missing.

Have decided to go to bed early tonight to avoid anything else happening. Never mind, tomorrow is a new day and one things for sure......Nobody can ever say my life is boring.


Thanks for Reading
Lots of Love
Me xxxx