Would you like to know a secret........Its not a big secret but all the same its a secret. Not even my husband knows about my little daytime rendezvous with a certain bunch of people. They are not normal people they are the most glamorous, fabulously rich people ever.........OK, now I bet you are wondering what the heck I am talking about................. 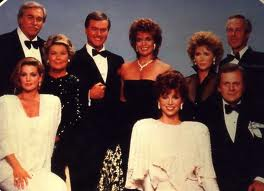 Ahhhhhhh...There they are. I am of course talking about Dallas. Ever since I was a child I was fascinated by this programme, I think it stems from not being aloud to watch it as it was deemed as "too racy". I was desperate to creep downstairs and watch it but Mum was adamant that it wasn't suitable. I can remember all the hype when JR was shot and wanting to be involved in the super sleuthing that everyone else was doing.
In 2009 a very good friend of mine gave me a very special birthday present. You see, she knew about my secret and wanted to help out. So she gave me a DVD of the first ever series and after packing the kids off to school I sat down to watch it. I sat mesmerised at it and within an hour was completely hooked. It became a bit of an addiction and every time I had a spare hour I would sit down pop the DVD in and watch another episode. 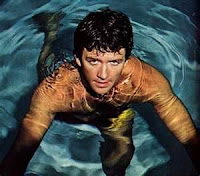 By 2011 I had watched every episode and loved every minute of it too. Sometimes I laughed out loud at the cheesy script and laughed even more at Sue Ellen's ever moving lip glossed lips. I loved the way JR would say in almost every episode "Sue Ellen you are a drunk and a tramp" , and how Miss Ellie (why did they not just call her Ellie) would shout "That's enough Jock". I was staggered how someone who looked like JR could pull so many women and almost fell in love with Bobby as he wandered out of the sea in little shorts (well, he was the Man From Atlantas).
Pammy's shoulder pads got bigger and bigger and Lucy seemed to get shorter and shorter. I never understood how Theresa the maid put up with the rudeness of them all and waited for her to shout "No, get it yourselves" one day. 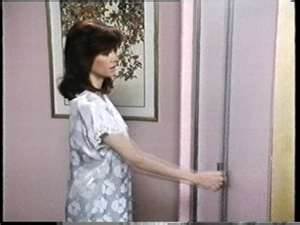 I got completely sucked in then cruelly spat out when it was revealed that the whole of series 7 was a blooming dream. It then took me a while to unpick what was and wasn't real. As I finished watching all the shows I actually felt quite pleased with myself that finally I was grown up enough to watch this "Racy" programme. At the same time a wave of sadness crept over me that it was over.

Or was it......As I sat last night eating my supper that familiar tune boomed out of the TV.......YES YES YES.....It was back and not only was it back it was back with more glitz, glamour and lip gloss. Ugly baby Christopher has turned out quite frankly a bit PHWOORRRRR !! Jon Ross is a total carbon copy of his father. Sue Ellen's lips are still moving around like they have a mind of their own, Bobby looks the same just greyer and as for JR, well he is badder than ever with  the morals of an ally cat (and the eyebrows). The shocker of the night was Lucy and Ray Krebbs looking somewhat older and obviously a huge fan of Dr Dallas Plastic Surgeon Extraordinaire. I watched without speaking as the plot unfolded before me. When South Fork Ranch appeared I did a little scream and then laughed that it was still as windy there. 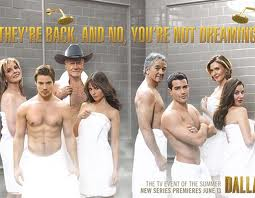 My first reaction was WOW!  I watched on like I was meeting people I hadn't seen for years, they all looked the same just...well.....older. Its definitely more racier and the plot lines look very juicy, I am waiting for some more of the old cast to appear and am wondering who will shoot JR (again). If I was one of the writers I would of had Pammy appearing at the wedding as a surprise and Sue Ellen and Bobby admitting that they had been having a torrid affair for the past 30 years. And then just as they are all at each others throats screaming and shouting a puff of smoke would appear on the terrace of South Fork......And there stands Miss Ellie in her smock dress and shouts"THAT'S ENOUGH JR" .
Ahhhh well, a girl can dream.
Lots of Love
Me
xxxx
﻿
﻿