Have woken up this morning with 2 slightly black eyes as a result of the nose banging incident yesterday. Great!!!!

Have discovered the delights of Fanta Lemon, very refreshing in the hot sun. Only down side was that it gave you the most chronic gas and heartburn.

The Whirlwind has become addicted to the all inclusive as much as you can drink before throwing up Coke. I use the word Coke very loosely as its sort of more like Rola Cola/Schweppes soda stream. Am going to try to sway him onto the Fanta Lemon instead today.

The couple who were arguing yesterday are back beside us today. Think things have got progressively worse as he has moved his bed away from hers. He asked her if she would put suncream on his back to which she said quite clearly "NO" followed by a muttering of "I hope you blood burn" under her breath. 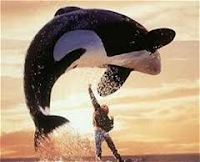 The Husband is contemplating buying The Whirlwind an inflatable for the pool. Had a quick look at it and decided that due to the fact it was as big as Free Willy it wasn't such a great idea and settled on a lilo instead.


Shirley and the gang are leaving tomorrow so she is busy organising everyone. She popped into town last night as her daughter had another baby back at home. They have called him Beckham after David Beckham but don't like the name David as its too plain. So she is showing off her latest tattoo on the other leg this time as she has run out of room on the right leg.

Off into town this evening to do a spot of shopping. Myself and a couple of friends have a tradition where whenever we go on holiday we have to buy each other the worst tackiest gift we can find and it must be under £5. Looking forward to this immensely and taking family with me this time so they can help. 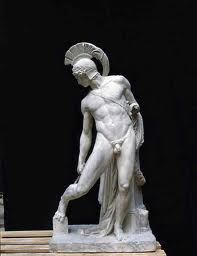 Just got back from Operation Find A Shite Gift and I don't think they will be disappointed. Managed to find a truly tacky shop that had a lot of crystal in it. Found a statue of Achilles which would of been perfect but it was £30 so that was out of the question.
Finally settled on an ornate ashtray with matching cigarette holder (neither of my friends smoke by the way, so this makes it even more hysterical), a donkey carrying some bananas, an ornate teaspoon with a map of Cyprus on the handle and the best of the bunch.......5 mini shells with candles inside them .(Not sure how you light them as they are just going to roll around the table).

As I was laughing quietly to myself I suddenly heard The Whirlwind and The Teenager snickering behind the shelf. She had found a pack of Karma Sutra playing cards and was showing The Whirlwind who in turn exclaimed "Oh my good god, look at the size of......" you get the picture.
These were promptly snatched away and attentions were diverted to the sweet section. 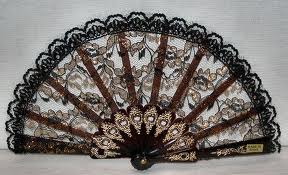 Got the kids a couple of fans as a joke. The Whirlwind used his a bit to professionally and flicked it out like a Flamenco Dancer whilst dancing around the shop. The Husband rolled his eyes and said we should of got him something more manly like a football.......Cant see that being much good when you are hot but anyway.


Finished the evening off with drinks at the bar and the kids fanning themselves to keep cool.