Houston.. We Have A Problem 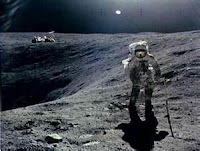 On the 21st July 1969 at 02.56 GMT Neil Armstrong stepped out onto the Moon's surface, in the Sea of Tranquility, nearly 20 minutes after first opening the hatch on the Eagle landing craft he became the 1st man to walk on the moon. His words will live forever..""That's one small step for man, one giant leap for mankind."


On the 17th July at 13.00 GMT The Northern Mother stepped out onto her own version of the moon........Nearly 10 minutes after opening the car door of her Honda Jazz she stepped out onto........A Treadmill at the local gym. Her words were slightly different..."Oh Sweet Jesus, Its moving, what do I do"?? 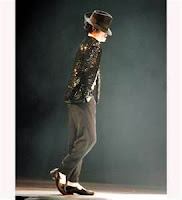 She then began to impersonate Neil Armstrong with what I can only describe as a sort of knees up kind of slow motion walking thing. All she was missing was the space suit. As she cranked the speed up to a whopping 2.4 Km/h she then transformed into Micheal Jackson as she started to moonwalk backwards. "Mum..Mum...Walk normally" I shouted at her. "Listen...I'm not used to this, be patient with me" was her reply. What wasn't she used to...Walking or doing a MC impression.

Luckily the gym was empty (the main reason I took her at 1pm), and nobody saw the above mentioned (except the CCTV cameras that are placed all over the ceiling). Just as she mastered the art of not belonging to the Ministry Of Silly Walks she suddenly decides that she needs to go faster, now this should of been fine but she hadn't banked on having to let go with one hand to hit the speed button with the other. As she let go with her left hand the right hand grasped the side bar and she sort of leaned into the control panel almost hitting the emergency stop button, at this stage I had visions of the Ronnie Corbett Amarillo video flashing through my head. "Oooooo, look at me" she yelled in delight "I'm going at 3.9 Km/h now".
"What are you doing"? she enquired looking quite content with herself.
"Ummmmm...About 7.2" was my reply. Crushed by my answer she snorted at me, called me a show off and carried on with her strange walking work out.

After a full 10 minutes of her 1st exercise regime she flapped her arms at me to help her make it stop. The machine slowed down until it came to a halt. "Phew.....I am knackered" she said. "Right...Shall we go for a swim now"!! 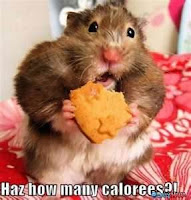 Thank God I had met her there and had actually finished my workout otherwise I too would of just done the quickest gym session known to man. We did try to get her on a bike but with her dodgy knees she couldn't bend them properly to cycle. She commented that she had burnt a massive 40 calories off and asked what she could eat afterwards as a reward. I replied that fresh air was probably the only thing.

Shes all set to go back again next week and do her 10 minutes hopefully increasing it to 30 minutes of exercise. And I will be there right by her side to encourage and snigger (under my breath of course) whilst she continues to be the first woman to walk on a treadmill without actually moving very much.