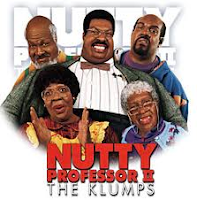 After Larry and Clare had checked out we hoped and prayed nobody else would check in.....WRONG!!!! We now had a family of 4 from the deep south who sounded like the family from The Nutty Professor. In fact I was convinced Eddie Murphy was in there doing all 4 voices. They were even louder than Larry and Clare and proceeded to whoop and howl at the basketball they were watching. Instead of getting stressed about it which I would of usually done I figured that there was no way there would be any "Special time" as the kids were in there and just laughed hysterically at the whole situation. They sounded like a family I would of loved to of met and hung out with and anyone who knows me will tell you that within 20 minutes I had their voices off to a tee and proceeded to mimic them for the rest of the day. The best bit was when we met them as we left and they were every bit as brilliant as I had imagined. What a shame they hadn't been in there for our whole holiday I reckon we would of opened the adjoining door and had a great laugh. Turned out they were in New York as they belonged to a gospel choir and even joked that they must of sounded like The Klumps to us.

Anyway, today was my day and I had chosen a place I had always wanted to go to but had not had time when I had come before.This place had been on my bucket list and I was determined to make it this time......We were off to.......Central Park and more importantly The Zoo.

We headed off to the park (managing to dodge Johnny Cash who was still yelling at us to have a free ride) and immediately felt a sense of space and trees once we were inside. What a totally beautiful place it was, I couldn't take the smile off of my face the whole way round. We found the fountain from the opening sequence from Friends and watched as a man proposed to his girlfriend on one knee. Everyone cheered and clapped and I honestly had a tear in my eye as we watched on.

After a good couple of hours we decided to find the zoo........This proved a bit tricky as we couldn't find the entrance. Little did we know it was back where we had come in and a long walk followed.The Whirlwind began to get Denim chaffing and The Teenager moaned that she couldn't feel her feet.

As we walked a man approached us trying to sell us his CD, it was at this point reality left the building and we found ourselves in the tricky situation of being confronted by a rather large man holding a stack of Cd's. We tried to say no thank you but we were alone in a street with 2 kids and he was very persistent. I must admit my imagination ran away with me and I had visions of being mugged, shot and ending up on Fox News at 10.


However what actually happened was very different, he was a real a character and thought he was the next Puff Daddy, he referred to me as Muma Luv and The Husband became Big Daddy which the kids found hysterical. We somehow ended up giving him $10 and making a hasty retreat as he shouted after us what a great family we were. 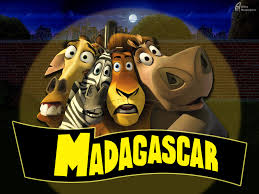 Once in the zoo we wandered around still laughing at what had just happened. I was slightly disappointed that there was no lion, zebra, hippo or giraffe like in Madagascar but the animals that were there were super cute. The Whirlwind made friends with a Red Panda and remarked how it liked him because they were both ginger which made the whole crowd laugh. It was quite strange how it only looked at him and followed him around as he walked round the enclosure but this anomaly was solved as we realised The Whirlwind had a bag of pretzels hanging out of his backpack. 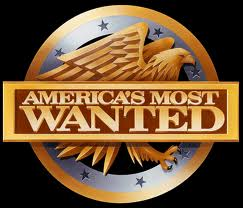 Big Daddy and the kids went into the 4D theatre and I waited outside as they give me a right headache. I sat in the sunshine watching the world go past and wondered what it would be like to live here. My mind wandered and smiled to myself as I thought of all the funny people we had met here, then..........."Hey....Its Muma Luv" a familiar voice dragged me out from my dream state.......It was him again....The man with the Cd's. He was walking past the zoo and had seen me sitting there "Oh..Um...Hi" I replied. He then stood the other side of the small fence chatting away to me for what seemed like an eternity before suddenly grabbing his bag and running off with a cheery "See Ya Muma, have a good day". I saw the reason for his quick departure......2 Police officers........I pretended to be on the phone just in case he was one of Americas Most Wanted and they thought I was associating with him..............Alcatraz here I come.

After all the excitement of the day we walked to FAO Schwarz and had our picture taken with Iron man....Not the real Robert Downy Junior one.........But never the less Iron Man. The kids got a teddy each which were adorable and we even managed to get a few sweets we had never heard of over here.

We walked home and laughed as the kids played hide and seek in the trees..."Love you Muma Luv" The Husband said, "Love you too Big Daddy" I replied with a wink.

Come back tomorrow for the last instalment.


P.S Here is the adorable Red Panda who loved The Whirlwind pretzels or not. 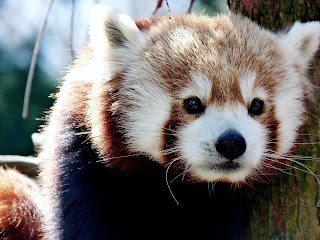 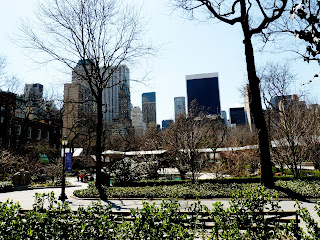 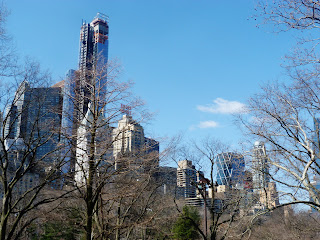