Last night The Husband took me to dinner and then to the Cinema to see the new James Bond movie. I understand its not to every ones taste but I do actually love them, especially since the lovely Danny Craig (I feel I can call him Danny after seeing him almost naked last night). The movie was brilliant, funny and fast paced. Maybe a little bit extreme in some parts but that's what its all about.

The funniest part was afterwards when we left to go home. For some strange reason only known to him The Husband began to act like a bit of a pratt. I have noticed this pattern of behaviour before. Whenever we go to see an action movie with a bit of a hunk in it he in turn starts to try to act like them. As he swaggered through the car park he did a sort of pretend skid thing to the car and winked at me. Was I supposed to swoon at this sudden school boy behaviour or just ignore it. I chose to do the latter and carried on walking. Then he went to open the car door for me "what are you doing" ? I asked. "I'm getting the door for you gorgeous" he replied with a cheeky wink. 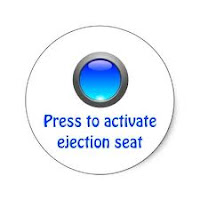 He then clearly forgot he was driving a Vaxhall Zafira and not an Aston Martin as he wheel spinned out of the parking bay. I hung on as he swerved round all the corners and went over the speed bumps at 40mph. As I went to turn the heating on he grabbed my hand telling me "Don't touch that...You don't know what it does".....Oh for the love of God......It wasn't a bloody ejector button it was just the heated seats thingy.

What had got into him? Did he really think he was James Bond 007? Was he actually believing he could do these fancy manoeuvres? And more to the point could I hang onto the entire contents of my stomach. 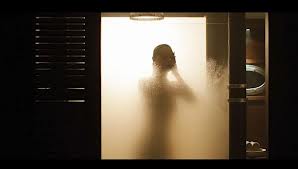 He pushed past me to open the front door checking around for.........Well..... I don't really know what for but clearly he was looking for someone or something to jump out and attempt to kill me. Once inside I thanked The Northern Mother for babysitting and went to run myself a hot shower. Now for anyone who has seen the film you will remember the sexy shower scene....You know the one I mean.....Super thin good looking women naked behind a steamed glass shower door, door
opens and the naked super toned silhouette of James Bond steps in behind her and kissed her neck.

As I stood in the shower letting the water warm me up the light suddenly went on and in walks The Husband. I must point out at this stage that we do not have a walk in shower, we do in fact have a one that is in the bath so the thought of 50 stone of persons getting in together could only of been seen as an accident waiting to happen. "What are you doing now"? Was my question to him, expecting him to want to re-enact the shower scene.......... "I really need a poo, can you hurry up".........Phew, he was back to normal, Thank God for that. 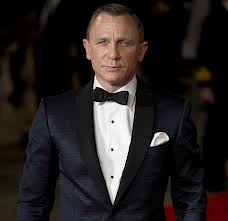 I honestly don't think I could ever cope with dating someone like 007, can you imagine the constant state of panic you would be in. Let alone all the bloody Dinner Suits you would have to get dry cleaned for him. No thank you, I am quite happy with the man I married and all his annoying normal ways.

So next time you watch an action movie, just remember to watch how your man puffs his chest out afterwards and behaves a little strange. And whatever you do don't tell them off..........Men never grow up really do they!!!!!

See You All Soon